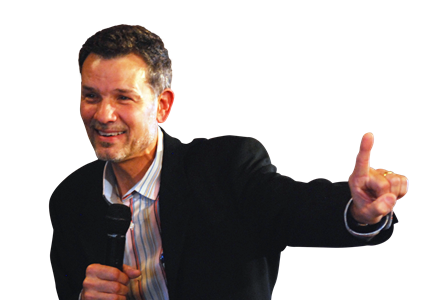 For over 30 years Dr. Jim Burgdorf has ministered in a variety of capacities. Over the years, he has worked with several nationally acclaimed bands as a musician and vocalist. He has been on pastoral staff with a number of churches across the United States. Jim has served in both associate pastor and minister of worship roles and he has traveled in ministry with his wife Karyn and their two daughters, Melissa and Jessica.

Through the ministry of a teacher and the gifting of a psalmist, Jim challenges believers to be consumed with the pursuit of God’s presence — that “WORSHIP” is not simply a musical term but an attitude of the heart, a passion of the heart.

Jim has taught in conferences, Bible schools, the local church and Worship Workshop’s on six continents.

In recent years, the international thrust of Jim Burgdorf Ministries has been primarily among the former Soviet states — Ukraine, Russia, Latvia and Estonia. Jim has written and produced an original Russian language, praise and worship cassette. In an ongoing work, he has freely distributed tens of thousands into households across Eurasia.

We're not around right now. But you can send us an email and we'll get back to you, asap.